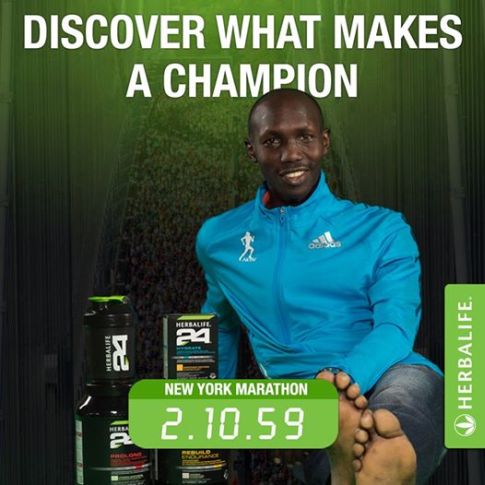 Congratulations to Herbalife 24 athlete Wilson Kipsang for taking first place at the New York Marathon. This follows on from Dennis Kimetto world record in Berlin in September. Both athletes receive advice and use of the Herbalife24 product line.

It was the third victory in a row for Kipsang, who captured the Berlin title last year and won last April in London.